Radicalization may be the force leading new era’s politics in this century, if we choose to neglect the obvious transformation of politics into a new form of extreme polarization as a way of political expression.

This is not something new. It has been a trend in the 20th century with other characteristics, but still with same core of thinking and expression. Following are some of the 20th  century terrorist groups that turned into political parties in order to accomplish their goals.

All of these groups and many more (e.g. FARC in Colombia) are considered as part of terrorism history (or freedom fighters to the ones supporting them). Their actions used violence as form of expression and lever of pressure ( some are still active) and their goals achieved by means of what UN today, very broadly, defines as terrorism.

“Criminal acts intended or calculated to provoke a state of terror in the general public, a group of persons or particular persons for political purposes are in any circumstance unjustifiable, whatever the considerations of a political, philosophical, ideological, racial, ethnic, religious or any other nature that may be invoked to justify them.”

One other common similarity they share is that all of them, as said, at some point turned into politics and founded a legitimate branch that was participating or have been an official observer in countries and institutions (e.g. PLO at UN , Hamas and Hezbollah in Palestine and Syria, FARC at Colombia, etc).

All of these organizations, initially used their ways of force, to establish a legitimate party that in time was transformed into an “official” political instrument so it would be able to negotiate with opposing parties and states, while their “fighting branch” was putting pressure by use of violence against any targets they considered as obstacles to their objectives.

This paradox picture was at some point accepted as a “defacto” situation that could be used in favor of States and global institutions, in order to discuss or even constrain, these groups from using terrorist actions against the world. Their legitimate political branch would be taken as an evolution that would disarm them and push them into legitimacy. It looked like a win-win case, though this was not proven to end up as expected.

In recent years, we witnessed the movement of Arab Spring that was brought into politics by using a historical group that looked promising. The entity of Muslim Brotherhood.

Muslim Brotherhood formed a political party in Egypt which used core fragments of religious ideology and its doctrines to govern. This , eventually, resulted to an opposing wave of grievance and violence by many people who sought this turn of authority as no real evolution to the harsh Mubarak regime they experienced before. Muslim Brotherhood was then characterized as a terrorist organization due by some countries of M.East ( Bahrain, Egypt, Syria, S.Arabia and UAE) along with Russia, as there were implications of its members in several criminal and terrorist activities. It was also a suggestion to be named as terrorist group, in proposed legislation made by US Senator Cruz in 2015, though never voted in favor in US Congress.

In the first decade of 21st century a group of terrorists, also used actions of violence in order to establish an “official state”, based on religious doctrine and ideology. It was DAESH ( al-Dawla al-Islamiya fi al-Iraq wa al-Sham ) or as group members wanted it to be called as to establish a certain level of official recognition, ISIL (Islamic State of Iraq and the Levant ).

By using terrorism and all kind of violent actions and means of intimidation, DAESH members occupied by force parts of Syria, Iraq and Lebanon and declared the land as “Islamic Caliphate”. Their main ideology was to intimidate and force every other entity in the world, in granting them an official status of “divine empire of Islamic religious State” and overrule all the world. This was of course a twisted misinterpretation of Quran which was used as a way of divine approval and validation to all atrocities made by these terrorists while trying to declare as state, this so called “ISIL”. But still, their agenda included a turn into world politics (in a very twisted way) while trying to accomplish the ability to rule Dar-al-Islam and force their presence on Dar-al-Harb.

In Europe now, groups like ETA and IRA along with their armed branches, had founded and used their “mirroring political parties” like Sinn Fein for IRA and Batasuna for ETA (dissolved in 2003) in order to gain leverage. They also committed terrorist acts and tried to force their agenda by force, but they also experienced an internal dispute on how actions were taking place (especially in IRA).

While these western groups are a sign of how terrorism turned into politics and finally got disarmed or limited violent actions (excluding here some exceptions that were expelled by their own groups) there is a recent presence of an extremist group in Europe, with members convicted for criminal actions and still participating in governing a state. It is Golden Dawn at Greece.

Group of Golden Dawn was formed in early 1980s and was recently elected as third in power party in 2015. Greek authorities convicted president and several MPs of the party for committing racist actions, violence against minorities and attacks by using “armed task force teams”. There is a pending trial case for this group to be characterized as “terrorists”, though it has not been voted yet in Greek courts.

Future – Terrorists and Radicals in Power

Today several of above mentioned groups are in power, with strong presence governing states by being in parliaments (e.g. Hamas, Hezbollah, FARC, Golden Dawn). They use their agenda in politics and try to establish their influence in states there, while at the same time they still maintain their paramilitary “nature” and even in some ways use them to “twist opponents arms” in order to succeed.

What we are also able to notice today in the West, is an increasing wave of support (in percentage numbers)  to far-right wing ideology that seems to be an aftermath reaction coming out as grievance by several mistakes made in policy by governments in fields of Economy, Employment, Immigration, lack of providing security. This worked as a push factor for people, towards far right parties and their preaching.

At the same time, there is also an increased wave of radicalization in Europe that comes from second and third generation immigrants who feel the same injustice and grievances coming out of these failures in policy. This condition, forces them to turn to radical beliefs, set and formed, by the only stable variable they have known and been familiar with, due to their surrounding people’s circles. This is their religion. Focusing on religion and by lacking any other criteria of judgement, is making them vulnerable to preaching of several radicals and a pool where they can be recruited into an opposing polarized wave of ideology towards the administration and legislation system of western countries.

Their only “safe harbor” would then be a radical party (or group ) that is trying to become a political tool of influence in their resident countries (West). Recent example of proof, is a very recent support wave of voters, towards radical Islam political party at Bosnia that has already attracted attention.

This is not a paradox case, as mentioned before. In the 20th century most terrorist groups formed a “political branch” in order to accomplish their agenda in their countries. It is also no surprise, that people in the West , who have not been adjusted, are feeling left out and isolated. So their actions that are depending on their culture, family environment and “system values” taught, will push them to the most familiar entity they can find. A radical team that will promise them to be «part of a higher purpose»

Eventually this will lead to a confronting polarization on all levels. As more and more people will be expressing their grievances towards their governments inability to handle these issues effectively, this “automated recruitment procedure” will form two entities by default. One of a far right wing core ideology and one of a radical religious core ideology.

Both entities will eventually try to overrule one another and at the same point force apply their agenda on how every day life should be in their resident countries. This will transform into a wave of support to radical political parties which in their turn will be leading a very serious confrontation on both political and violence actions affecting all continent of Europe at first and probably expanding to the rest of surrounding countries.

What can be done

Radicalization and Polarization are not easy issues to deal with, especially if there is no real focus in finding a solution for the causes that created these problems at first. Radicals main core is based upon ideology which will need something equally strong to force it out of balance.

Economy, Safety & Security, Immigration, and in general lack of a realistic vision to follow, are today’s most countries problems.

People are, historically proven, to follow a specific path of high functions in order to feel safe. They need a higher goal to achieve and a solid framework to follow to that, otherwise they will go to opposite side and follow a violent path that will turn them into a sentimental, with lack of reasonable judgement and easy to manipulate mass/crowd, as Gystav Le Bon mentions in his book “The Crowd: A Study of the Popular Mind”.

A man descends several rungs in the ladder of civilization. Isolated, he may be a cultivated individual; in a crowd, he is a barbarian—that is, a creature acting by instinct.

Presenting a higher political vision to follow is not an easy task, especially considering that only a handful of people were able to ever provide that, in the course of human history (e.g. initial core ideology for European Union and Citizenship). Especially to such a sum of people with many different cultures, characteristics and way of beliefs. But if this won’t happen, I feel that book of Samuel P. Huntington describing the “Clash of Civilizations” may turn out to be a very painful prophecy. 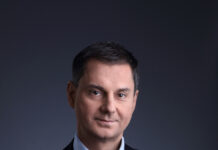 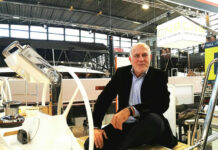 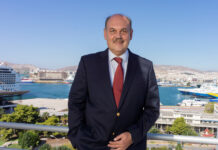