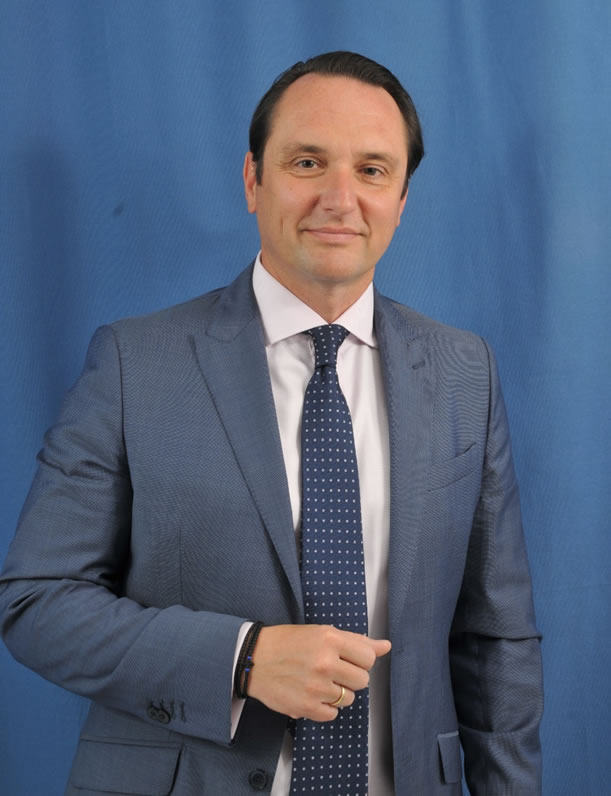 On August 24th, 2020, Ukraine celebrated the 29th Anniversary of Independence.
This year, in accordance with the Greek government regulations during the coronavirus pandemic, we celebrate the Independence Day of Ukraine without our reception at the Embassy and traditional public events.
Nevertheless, these unprecedented challenges could not preclude Ukrainians all over the world from mentally and spiritually unifying on August 24th in their celebration of the 29th Anniversary of the reestablishment of the Ukrainian statehood.

Our government has every right to claim to have achieved more progress with regard to structural reforms over the last two years than any administration since the country regained its independence back in 1991.

We, Ukrainians, rely on our own strengths in our quest for development, cooperating with European partners.
Over the past three years Ukrainians have been enjoying the visa-free travel regime within the European Union. We have finally become part of the common European space. Ukrainian tourists have been visiting your beautiful country in increasing numbers.
We hope to safely restore tourism exchange between Ukraine and Greece, pro-vided, of course, that the epidemiological situation is stable in both countries. As the Ukrainian Ambassador to Greece, I would like to revive and reinvigorate the dialogue between businesses of our countries in order to expand trade and investment. This is one of the primary priorities for my team, and we have been enthusiastically working on it.

How can you characterize Ukraine today?

Ukraine is open for business! As the country continues to undergo a seismic democratic and economic transformation, it is integrating ever deeper into the Euro-Atlantic and global economic archi-tecture.

Ukraine’s geographic location makes it an important trade and travel corridor between Europe, Asia and the Middle East.

My country is one of the most cost-competitive production platforms in Europe. By the cost of labor, utilities and taxes, Ukraine boldly comp-etes with the countries of Central and Eastern Europe, and an increasing number of investors are locating prod-uction facilities in Ukraine.
The reputation of Ukraine’s workforce as highly skilled and sought after is the product of the educational system intensely focused on technical and scientific disciplines.
In the last five years, Ukraine accomplished more reforms than in the previous years. It launched unprecedented stru-ctural reforms with EU con-vergence policies to create a solid platform for future sustainable growth.
Following the Revolution of Dignity, Ukrainians affirmed their desire to live in a free, democratic, western-oriented and economically stable country. Indeed, they amended Ukraine’s Constitution to set a strategic course to obtain full membership in the EU and NATO.
According to the Ukrainian law both citizens and foreign-ers can start a business. In recent years, as more foreign-ers start businesses in Ukraine, the procedure for the registration of a legal entity has been simplified and now takes only a few days.

I would like to note that in 2020, Ukraine climbed seven more steps in the World Bank’s Ease of Doing Business ratings, to 64 out of 190 countries, and the Bank rates Ukraine second among the countries of the world in the last 10 years regarding the speed and depth in the improvement of the business climate (Picture 1, p.17).

Between 2015-2019, Ukraine witnessed foreign direct investment flows of $16 billion, resulting in the construction of over 100 manufacturing plants, repre-senting tens of thousands of new highadded value jobs.

On July 21, 2020 Ukraine’s parliament approved the “Investment nanny” bill, which offers state assistance and oversight to large investment projects. The bill provides a 15-year state guarantee on foreign investments upon signing a direct special agreement with the Ukrainian government.

The state assigns a manager to each project who is respon-sible for the successful prepar-ation and fulfilment of the project.

The foreign investments also gain an exemption from the profit tax, value-added tax and customs duties for new equipment imported to Ukraine. It makes Ukraine attractive for the Greek investors and ensures guarantees on a top level.

What are the promising spheres for our bilateral cooperation?

Our countries have common opportunity for strengthening economic cooperation in different areas, such as agra-rian sector, transport, energy, IT technologies, shipbuilding and tourism.

Ukraine’s greatest assets – its “brains and grains” – produce the innovation and oppor-tunities found in Ukraine’s agri-food value chain; the growth of European and global supply-chain manufacturing clusters in the country’s fast-growing regions; and in the development of oil, gas and renewable energy resources derived from Ukraine’s pursuit of energy independence.

Historically known as the “bread basket of Europe”, Ukraine is set to become the “food basket” of the world. With 33% of the world’s black soil (chornozem) concen-trated in Ukraine, a favour-able climate and proximity to key markets, Ukraine is becoming an agriculture ex-port power-house.
Ukraine has leading positions in the world as an exporter of sunflower oil, rapeseed, nuts, corn, burley, rye, honey, sorghum, wheat (Picture 2, p.18).

Ukraine is home to several of the world’s leading aerospace design and production faci-lities which trace their roots to the early pioneering days of rocket science and aviation technology.
The Antonov design bureau is the leading example and is best known for designing and building the world’s largest transport plane, the AN-225 “Mriya” cargo lifter. This plane delivered the humani-tarian aid to countries all over the world during the humanitarian crises caused by COVID-19.

Together, these entities and several smaller manufacturers combine to produce some of the most advanced aircraft, satellites and rocket engines in the world.

Ukraine is also becoming known for its niche market in the production of unique ultra-light planes, hang-gli-ders and paragliders of all designs and models.

The Aeroprakt models, in particular, have become very well-known and have attracted buyers in the United States, Australia, New Zealand and in many European count-ries.
Chemical industry is one of the principal sectors of Ukraine’s economy.
The multi-branch chemical sector of Ukraine includes chemical, petrochemical and pharmaceutical sub-sectors with over 1,600 enterprises and structural units.

Ukraine’s IT industry is among the country’s fastest growing industries. It is also diverse – from cutting edge work in AI, cybersecurity, natural language processing, and nanotechnologies, to highly commercial ventures in blockchain, FinTech, big data management, gaming, agri-tech, and e-commerce.

This growth has already allowed IT to emerge as Ukraine’s third-largest export behind agriculture and metal-lurgy. Ukraine presents a huge untapped opportunity for tech companies. It is home to a massive labor pool of educated and talented IT workers. Our countries have a huge potential in cooperation in this sphere (Picture 3, p.18).

Ukraine has a powerful and developed energy sector, including: gas, electricity, hydro, coal and nuclear. Ukraine’s way to energy independence, according to Energy Strategy of Ukraine 2035, and recent reforms in the energy sector open new opportunities for global energy players and small investors in Ukraine.
Ukraine is a new market for renewable energy, with its strong energy needs, infra-structure, industrial assets, well trained workforce and European location, all these strengths raising the interest of investors.

Energy companies or public organizations from Germany, Norway, Finland, France and Canada therefore seized this opportunity and decided to take part in the Ukrainian energy transformation.

Ukraine is in the TOP-10 countries that are most attractive to invest in green energy, placing the 8th position according to the Climatescope 2019 Annual Report.

How can our countries cooperate in maritime sphere?

The transport infrastructure sector is one of Ukraine’s most important sectors of economy, with extensive railway and highway networks, sea and river ports (terminals), airports, and a wide network of air desti-nations, freight and customs terminals.

The transport sector sign-ificantly contributes to Ukrainian economy – it accounts for 6.4% of the country’s GDP and 7% of total employment.

Ukraine’s maritime transport sector is a multi-functional complex of river and seaports together with the supporting infrastructure that serve Ukraine’s export/import sector.

A competitive advantage for Ukraine is that all of the country’s ports along the Black Sea coastline are warm-water ports that provide year-round access to the Mediterranean Sea and the Atlantic Ocean.
Ukrainian shipbuilding companies are able to build or repair a wide range of vessel types: powerboats, barges, bulk carriers (dry cargo ship), tankers, liquefied gas carriers, etc. The cooperation in this sphere could be very fruitful, taking into account that Greece has dominant force in global shipping (Picture 4, p.19).

The international practice of sea ports management has proved that concession is the most proficient instrument for attracting investments among the sources for financing, modernization and development of the port infrastructure (Picture 5, p.19).
On October 2019, the Ukraine’s parliament adopted the Concession Law, which regulates conditions for the transfer of state and municipal property for business use. It increases the investment attractiveness of Ukraine and provides for the implement-ation of socially significant projects, with the private management of the concession assets of a temporary nature (from 3 to 50 years).
Despite a challenging global economic outlook, Ukraine continues to attract leading international transhipping and stevedoring companies.

On June 26, 2020 agreement on the transfer of the Kherson Sea Commercial Port state enterprise to the concession of the Georgian-Swiss consort-ium company Risoil-Kherson was signed.
On August 20, 2020 a 35-year concession for the seaport of Olvia, structured in line with best international practice, was signed with QTerminals of Qatar, a terminal operating company providing contain-er, general cargo, livestock and offshore supply services.
These concession projects highlight new investment opportunities in Ukraine’s transport sector and put the country on the map for international transhipping and stevedoring companies. I am convinced that Ukraine can be a great chance for the Greek investors in this sphere. What tourism opportunities are there in Ukraine?

Ukraine has many beautiful places with a great number of tourist activities. It has seven UNESCO World Heritage Sites, vibrant cities, ancient castles, stunning countryside, diversity of landscapes as well as formidable hospitality infrastructure.
Ukraine is overflowing with a great number of both widely known and completely unknown, but yet of great beauty, tourist attractions: from the cozy old-fashioned medieval streets of Lviv to industrial architecture and breathtaking landscapes in the South part of Ukraine.
Currently, tourism accounts only for 1.4% of Ukraine’s GDP, which presents enorm-ous potential for the tourism sector and the economy.
In 2019, more than 14 million foreigners visited Ukraine. Ukrainian tourism sphere corresponds to the EU standards.

So, welcome to Ukraine, it has a lot of tourism magnets. Apart from the further development of the bilateral trade exchange I see a lot of potential in cooperation particularly in the humanitarian and cultural spheres.
I am proud to emphasize that our close ties are based on the mutual respect, common cultural and spiritual heritage. We cherish the same democratic values and principles.
2021 will mark the bicentenary of the Greek Revolution for Independence that paved the way for the Independent Greek State. The well-renowned Greek revolutionary organization «Filiki Eteria», which played a crucial role in the national struggle for freedom of Greece, was born on the Ukrainian soil in the city of Odessa. This element of shared history makes us extremely proud.

We will strive to continue building economic and cultural bridges between our nations and peoples. The accomplishments we have made over the almost three decades of our partnership reinforce and strengthen the patriotism that unites us as two proud nations. 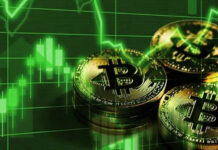 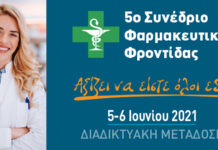 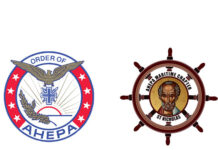