It is a great honor to belong to Karadjordjevic dynasty which is over two centuries old.

In April 1941 after Germany attacked and occupied Yugoslavia, the country’s young King Peter II left in advance of the invading German forces for Athens with the Yugoslav government. The King and his compatriots were determined not to surrender to the invaders in the best tradition of the founder of the Dynasty Karadjordje (“Black George”) Petrovic who led the heroic first uprising of the Serbs against the Ottoman Empire in 1804. From Athens HM King Peter and his government went to Jerusalem and then Cairo. Finally, King Peter II established the government in exile in London. In 1944, King Peter II in London married Princess Alexandra of Greece and Denmark, the daughter of HM King Alexander of the Hellenes and Aspasia Manos. In November 1945 the monarchy was illegally abolished without a referendum and Yugoslavia remained a totalitarian single party state under the League of Communists for more than four decades. Their Majesties King Peter II, Queen Alexandra and their son, my husband, Crown Prince Alexander were illegally stripped of their citizenship and rights by the communist regime in 1947 and banned from returning to Yugoslavia. My husband was born in suite 212 in Claridge’s Hotel which was declared a Yugoslav territory by the British Government under the orders of Prime Minister Sir Winston Churchill.

HRH Crown Prince Alexander has always been a very strong defender of democracy and human rights. In 1989, he took a very active role in helping his people shake off the legacy of decades of dictatorship and the regime. Finally, on 17 July 2001 we took up residence in the Royal Palace in Belgrade.

Today, my husband and I are very active in work with our foundations – Lifeline with 5 offices and Crown Princess Katherine Foundation in Belgrade, as well as the Crown Prince Alexander Foundation for education and culture, and we are also very happy with our beautiful children David, Alison, Peter, Philip, Alexander, grandchildren Amanda, Stephanie, Nicolas, Michael, Alexander and Stefan and our great-grandson Jack.

Tell us about the Crown Princess Katherine’s Foundation and its actions to help those in need.

HRH Crown Princess Katherine Foundation was founded in 2001 when we permanently moved to Belgrade, in the Royal Palace, with the mission to help all those in need, regardless of religion or ethnic origin. Abroad under my patronage Lifeline Humanitarian Organization is an international charity, the first office was registered in Chicago in 1993 (www.lifelinechicago.org) which celebrates 25th year of existence, followed by Lifeline New York (www.lifelineny.org), Lifeline United Kingdom (www.lifelinelondon.co.uk), Lifeline Toronto Canada (www.lifeline-canada.org) and Lifeline Athens Greece (www.lifelinegr.org).

For all these years, the Foundation achieved a lot in helping Serbia’s most vulnerable population, as well as health care institutions. We started with the first medical equipment donated to the University Children Clinic in Tirsova in Belgrade 25 years ago, followed with equipment, medical disposals and hospital beds to almost every primary health care center and hospital in Serbia, then major neonatal intensive care units project for the modernization of neonatal intensive care centers in Serbia, 250 incubators worth more than 2 million euros, first mobile mammography unit, and many many more donations. It has been very active and successful. Only during 2018, we delivered medical equipment and supplies, as well as help for children without parental care and elderly, in amount bigger than 3 million euros. Nevertheless, my husband and I have big humanitarian projects in front of us and we keep helping Serbia as much as we can.

Although Lifeline Greece was established in 2003 to support Serbia like the rest of the Lifeline offices, for the last 10 years due to economic conditions and situation in Greece, it is helping only Greece. I am very proud for many good things we have achieved with Lifeline Greece such as digital panel for the high school of deaf and hard hearing children in Argyroupoli, medical equipment for the children’s hospital Pentelis through the organization Project Cure in USA, medical equipment for the hospital Elena Venizelou through Project Cure, medical equipment for the foundation Asylo Aniaton through Project Cure, control of the modernization of facilities and the surrounding area of “Kalos Poimenas” organization in cooperation with Stavros Niarchos Foundation, and much more.

LIFELINE from 1993 until now. What does it mean to you?

It means life. My family and humanitarian work are most important for me and those are something that I dedicate my life to. All the Lifeline people are like a family to me as well, helping me for years to keep with my life cause and make Serbia a better place.

During the difficult years when you lived in exile, did you had any bad thoughts of not seeing your country again? And did your hard work those years gathering money for humanitarian reasons helped you in a way to be close to your citizens?

The greatest fear for my husband and me was not coming back to Serbia. Luckily, he brought back not only his family to Serbia, but democracy as well. I wouldn’t say it was the money which make us close to our citizens. First, it was the significant legacy of the Royal Family, and then all the help provided during the hardest years and our persistence that people know to recognize.

HRH Crown Prince Alexander recently had a statement regarding the return of confiscated properties. What is your opinion?

My opinion is the same as my husband’s one: private property is one of the most fundamental human rights and it is the basis of all democracies and civilized countries. It cannot be treated differently if it was gained in the past or in the present, because this makes double standards. The two Palaces in the Royal Dedinje Complex in Belgrade, the Royal Palace and the White Palace, and all other properties, are all undeniably private property thanks to my husband’s grandfather King Alexander I of Yugoslavia.  We have absolute and total proof that those properties were bought, built, maintained and financed from the personal funds of King Alexander I and I support my husband and our family in demanding justice and to be strong in our request.

A more personal question. How is your day as a Grandmother?

Having Stefan marked last year in our lives! He is a beautiful child, a gift from God! He has the look of a King and I’m sure one day he will become one. Stefan is not the first grandchild of ours so I’m already used to enjoy the role of Grandmother. I like to play with him, tell him stories about his family, make nice food for him, and so much more. I am also a great-grandmother since recently our little Jack was born in Seattle, he is a son of my grandson Nicolas and his wife Nicollette. We are much looking forward to a many more children in our family.

From our magazine please send a message to Greece and the Greek citizens who suffered for eight years now a “crisis” and they trying to stand on their feet again.

It is very hard when you see the country you were born in, when people suffer so much. That suffering was not only caused by natural disasters, but also due to the hard economic situation. My message to the Greek people is to stay strong, even it is very hard, to believe in God and God’s will, and to think about their children and future generations for whom we need to make a better place for living.

Tell us your thoughts about Church and what it means for you and your Family.

Church and believing in God is one of the most important things for me personally and for whole family of mine as well. Being close to God, through church and prayers, makes a person wiser and stronger. God knows why the good and bad things happen, and we cannot have doubts about them. It is all balanced at the end, and by having faith the whole life gets sense and it becomes more clear that love is the most important thing.

We respect Church as an institution greatly and we are very close to Serbian Patriarch Irinej who officiates the holy liturgy every year for our “Slava” – Patron Saint’s Day St. Andrew the First Called. His Holiness also married our son Philip with Princess Danica and christened our grandson Stefan as well. It is a great honor being close to our Patriarch, Serbian church and Orthodox religion. 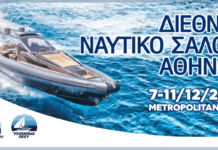 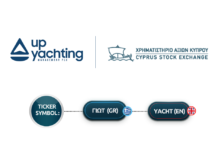 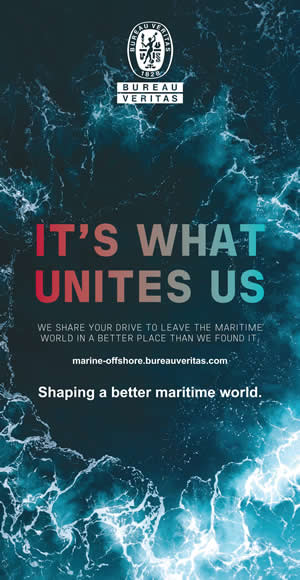